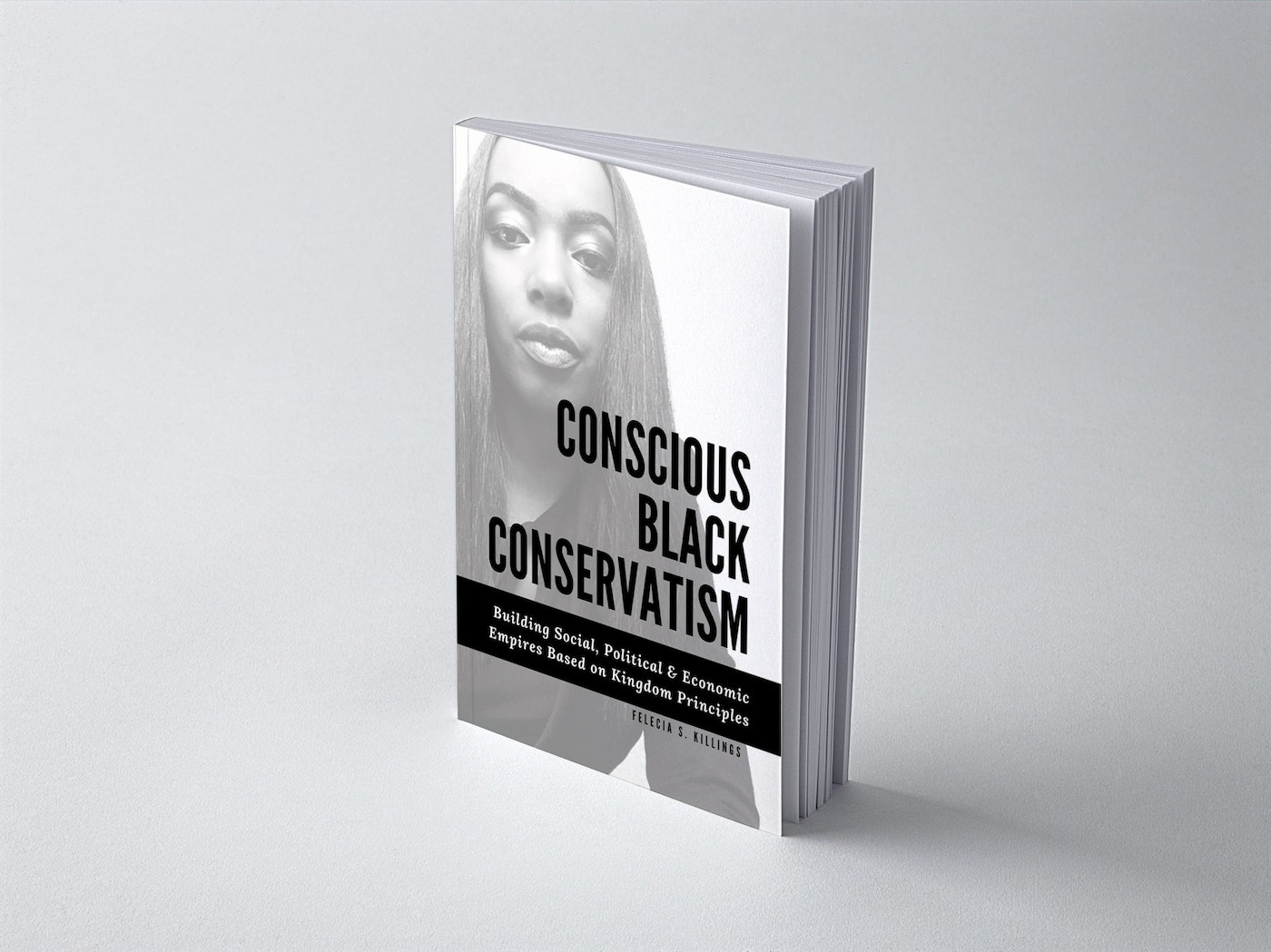 "The essence of Conscious Conservatism is to demonstrate how moral conservatism empowers us to create social, political, and economic empires based on Kingdom principles.

"As Conservatives, our 'consciousness' stems from our awareness of spiritual laws that, when applied correctly, guarantee our success.

"As Conscious Conservatives, we conserve these truths and implement these values to solve problems in our communities. And as a result of doing things this better way, we can expect better results that last for generations to come.

"From there, we equip rising leaders to carry this empowering message to their local communities. For we know when each person functions in his or her respective calling, we will witness the greatest revival, reformation, and renaissance our nation has ever seen."

Our Story, Our Vision, and Our Mission 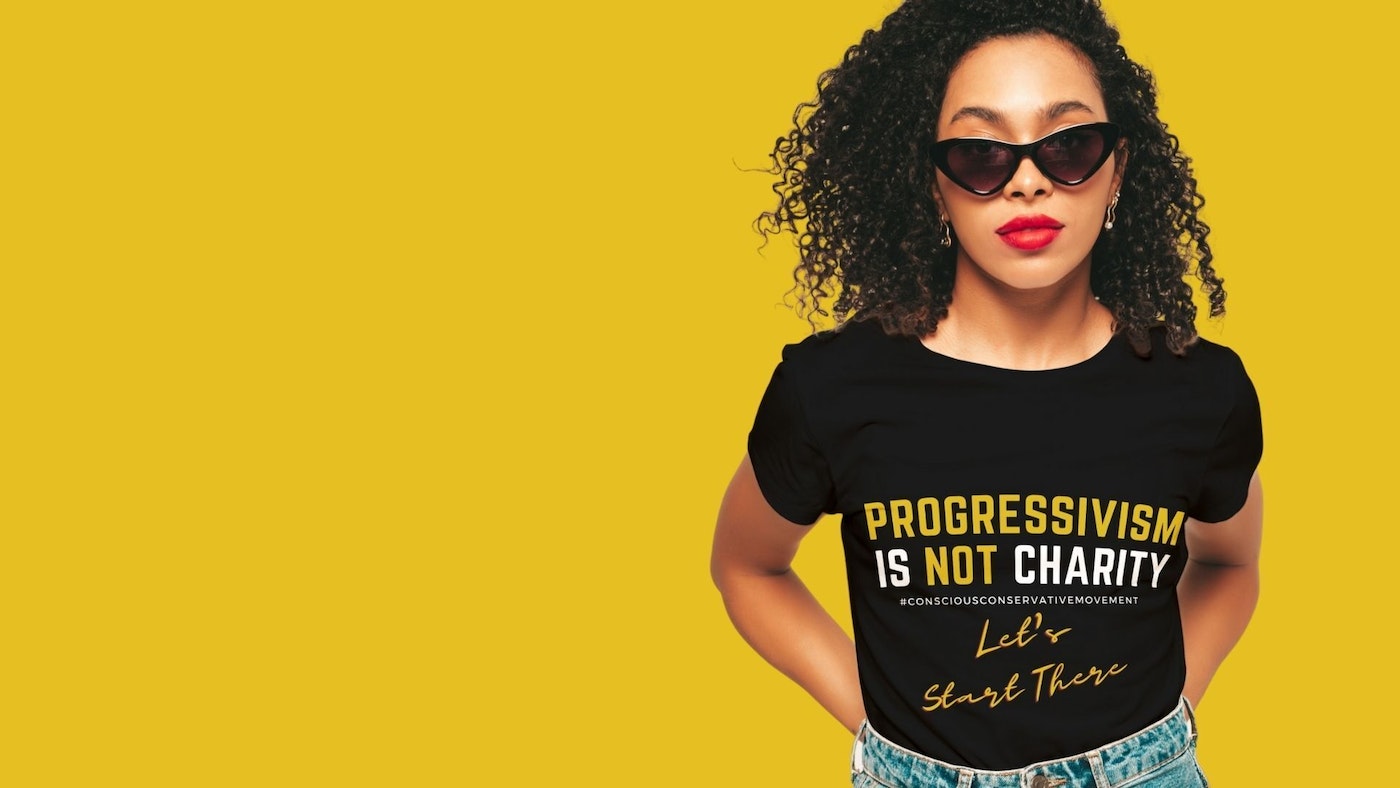 Founded in January 2019 by Coach Felecia Killings, this Movement was sparked by her passion to see authentic conservatism tailored to Black communities suffering from Progressivism. Since that time, our Movement has quickly grown into the premiere powerhouse that brings authentic conservatism to Black communities nationwide while helping Conservatives build alliances in these areas. 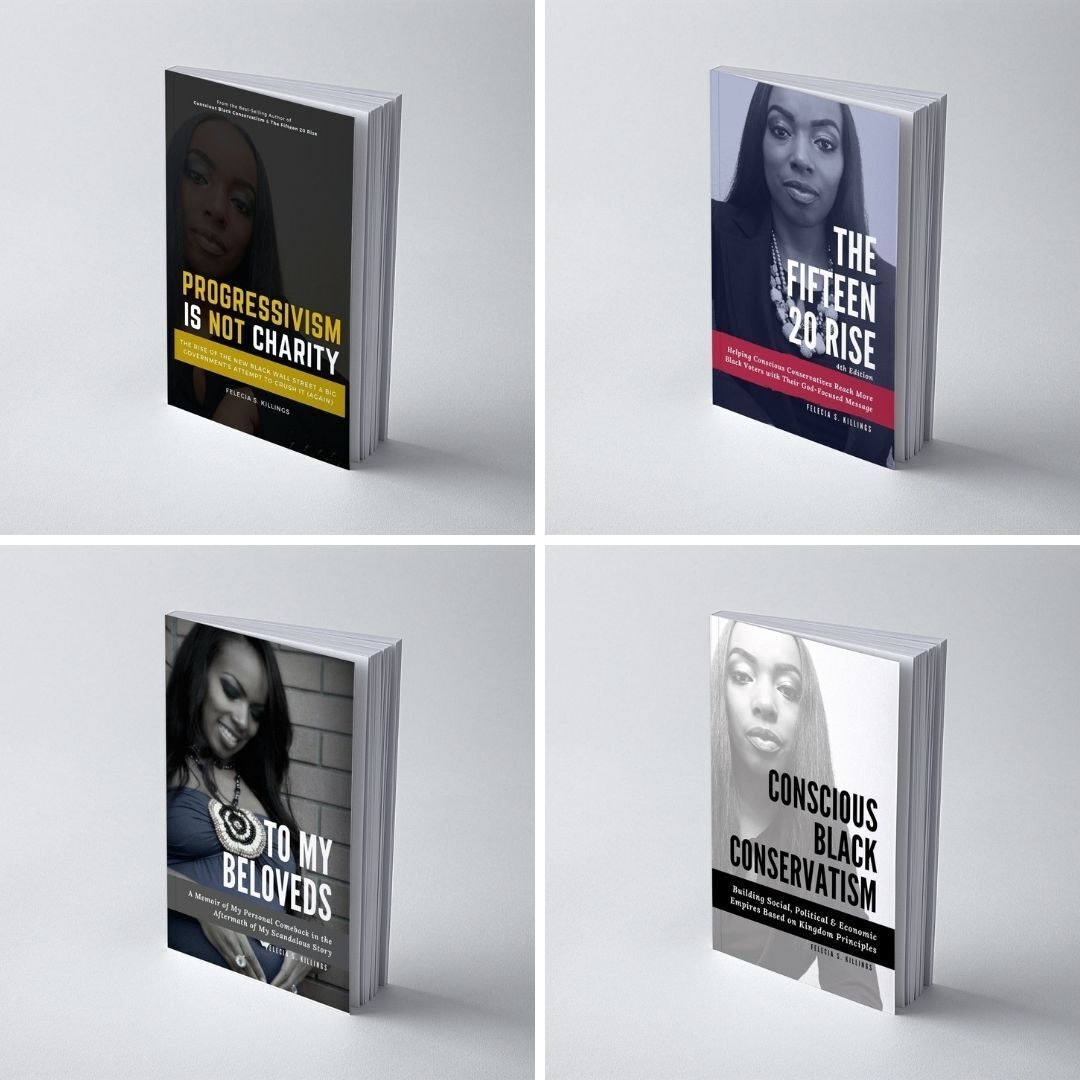 Since our Movement's launch, Felecia's message has impacted millions online by proving how Kingdom laws and principles can be injected in our social, political, and economic spaces.

Our vision is to be the premier training ground for Conscious Conservative leaders and organizations eager to make connections with Black Americans.

Our mission is to empower 10,000,000 rising leaders over the next 25 years who will remain rooted in Kingdom principles, effective outreach, and building alliances. 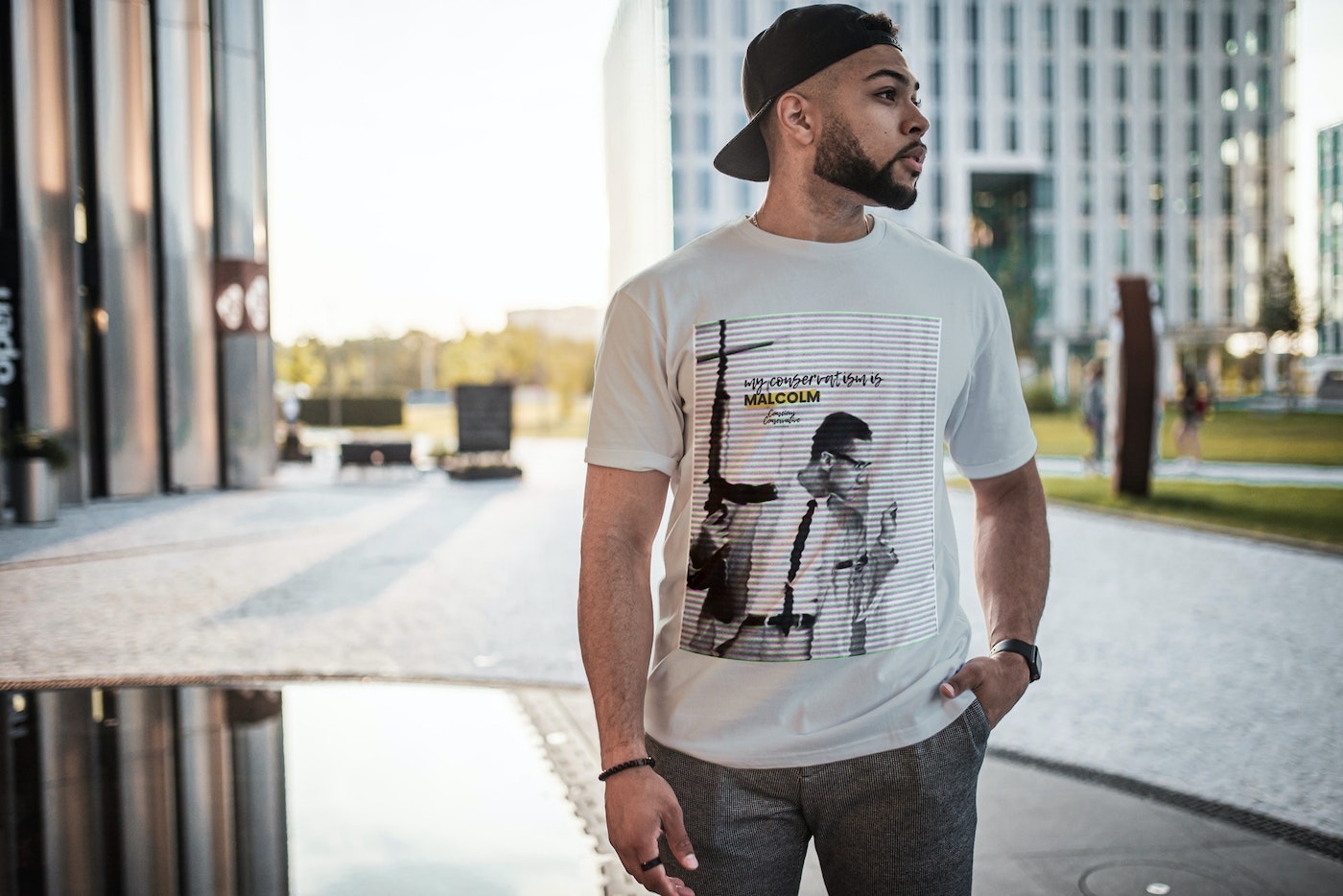 Members of the Conscious Conservative Movement strive to apply these laws in our lives and towards the people we are called to serve. 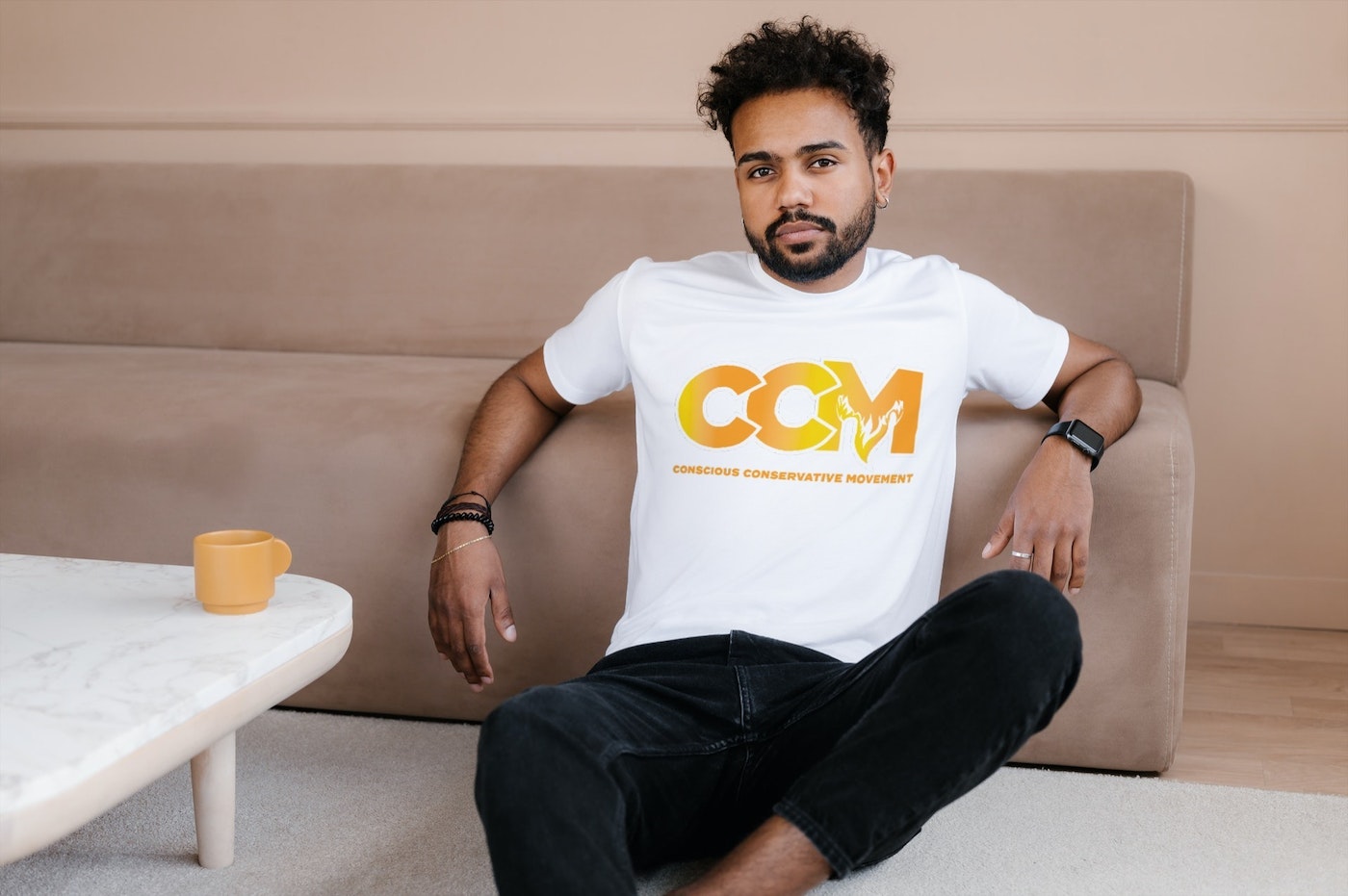 Our Movement is committed to bringing an empowering, educational experience to men, women, and children in communities suffering from Progressivism’s destruction. By equipping the heart and mind of each person, we will help communities transform from the inside out.

At The Foundation, we believe wisdom and knowledge are key to bringing revival, reformation, and the renaissance to a community. When more people are educated in key principles that ensure our success, we will witness the greatest movement of God our nation has ever seen.

My Beloved Books is our newest empowering program that helps address current issues facing American citizens in predominantly Black communities. Our program’s mission is to distribute empowering books that focus on key conservative values. More specifically, our purpose is to:

In partnership with independent authors, The Foundation will distribute FREE books to communities in the metro Atlanta, GA area. These authors have written engaging texts that provide wisdom and insight regarding various issues. This work aligns with The Foundation's mission to be the premiere educational platform that delivers this training nationwide.

Conservatism is much more than politics. It is a way of living that ensures our success in the social, political, and economic spheres.

Gifting books to families in the areas has been the easiest method to spark conversations about Conscious Conservatism and our work to bring political competition to Black residents.

As you know, our Movement is focused on building an alliance so the Republican Party comes to reflect the core values we need, especially in the area of education and economics.

And while the GOP makes “promises” to do effective outreach in Black neighborhoods, not a single local party has discussed anything conservative to Black residents.

They are not serious about Black Outreach.

We are committed to doing things a better way so we get better results. And we have developed the most effective Black Outreach initiative through our evangelism and book giveaways.

Book topics within our outreach efforts include:

Since piloting our first evangelism efforts in March 2022, we have witnessed an openness among Black residents to hear our message. We are planting the seed in 2022 so as 2024 rolls around, our Movement can make an aggressive effort to sell viable conservative candidates to those willing to entertain new options.

But the seed must first be sown.

And our book distribution and evangelism are the keys.

Join Our Empowering Virtual Summits for Men and Women!

The Conscious Conservative Virtual Summit features LIVE and pre-recorded discussions from the top influential voices in the Black Conservative space.

Hosted by Coach Felecia Killings, these events spark brilliant conversations rooted in Conscious Conservatism while proving how we can make a stronger impact at the local, state, and federal level.

Become a member of our network today to receive FREE access to our summits.

"Coach Felecia has been on fire all week. Talks on group economics, building stronger families and supportive networks, education, and so much more. Awesome work!" - Roc

"I appreciate that she can espouse her conservative views without being in lockstep with the populist right, especially about racial issues. Such conservative rightists exist, they just get drowned out. I hope she multiplies." - Twitter Scholar

See What Beloveds Have to Say About Our Movement & Virtual Ministry 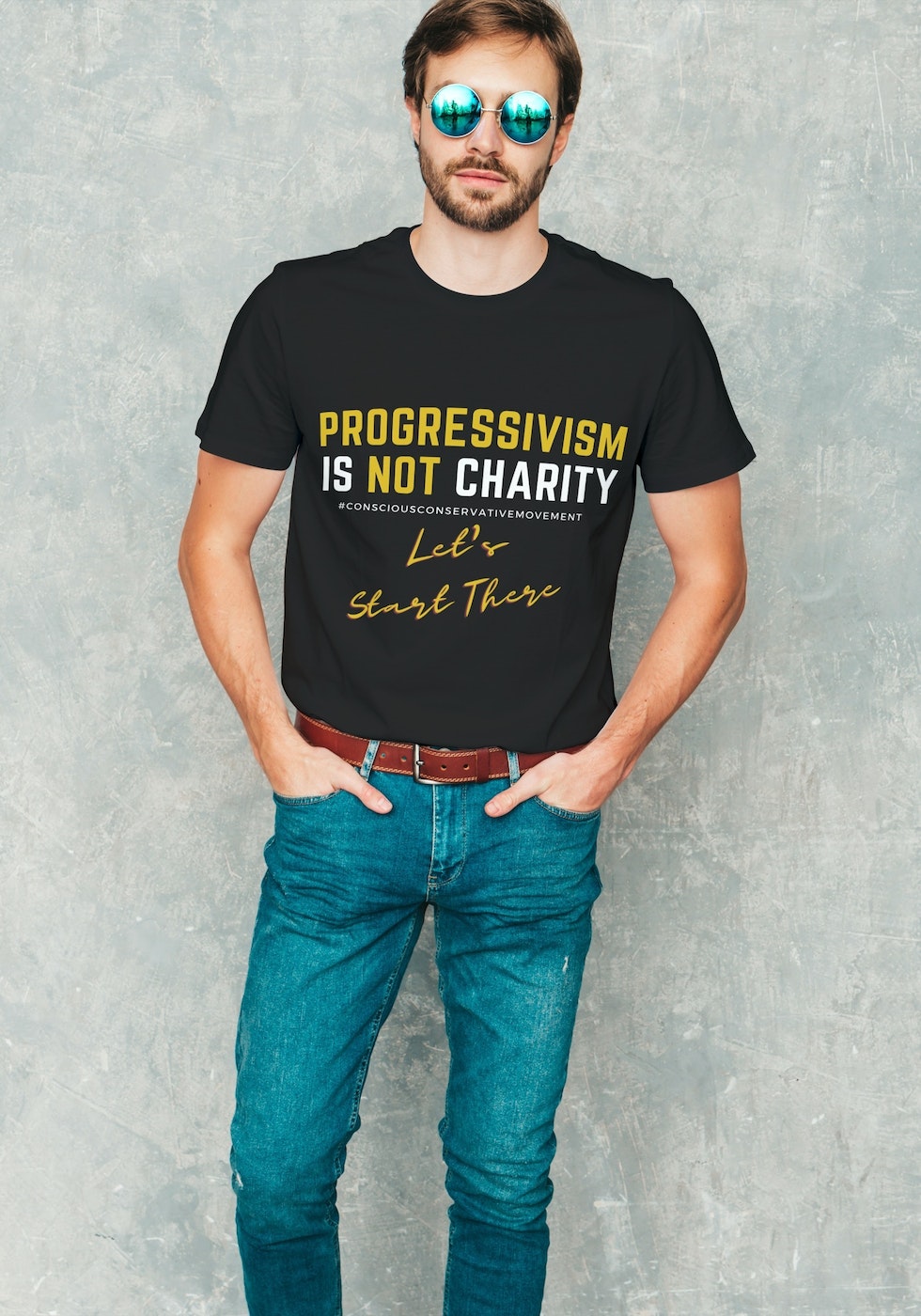 "I have been encouraged by the conversations. I look forward to watching the Concious Black Conservative Movement expand. There is certainly a need for Black Americans, who are largely Conservative, to be represented in both parties so policies can be debated. We have powerhouses in the Democrat Party. We need powerhouses in the Republican Party who intimately understand the needs of our communities, along all socio-economic levels, who can represent our community without losing their cultural identity. The Concious Black Conservatives and the Hoteps continue to demonstrate their ability to stand in that truth. If you stay true to your vision you will successfully open eyes and create an opening for listening and bring along like minded people. There are major pushes and pulls underway between young Progressive AA and young Conservative AA who want the same thing with different perspectives on how to get there. These ideas must be debated and then equally applied. The challenge will be garnering trust that they will be equally applied (e.g Voter Suppression)."

"Love what this organization is doing. Grass roots. I pray it flies! This is so needed."

"Happy to support this powerful movement! I have learned so much from you!"

"Sending you prayers for success as you work for our people regardless of political affiliation. Sincerely, A Democratic Supporter."

"Felecia, I am so inspired by the work you do. The partnership with King Randall is awesome. Hopefully that link can work and would be a tremendous support for the young men. God is good and his movements are amazing. I am in the process of moving so am not active. I hope when I get settled in my home I am able to do something locally to help my people. Thank you for letting the Lord lead you."

"Never let anyone or anything stop you from what you’re doing in the lives of others. Continue to be a blessing to those who need words of encouragement spoken into their life. Many blessings to you and your ministry."

Come Join Us! It's FREE to Get Started.

The Conscious Conservative Movement is committed to empowering millions of people to bring authentic conservatism to communities suffering from Progressivism.

If you are looking for a community of like-minded individuals, join today! It's absolutely FREE to get started.

All rights reserved. No part of this website, network, or blog may be reproduced, distributed, or transmitted in any form or by any means, including photocopying, recording, or other electronic or mechanical methods, without the prior written permission of the publisher, except in the case of brief quotations embodied in critical reviews and certain other noncommercial uses permitted by copyright law.

Keep Up With Conscious Conservative Media Network On The Go

Conscious Conservative Media Network is powered by Mighty Networks
Phone numbers from outside the United States may need to use a prefix (e.g. +44 XX XXXX XXXX). Available on iOS and Android. This site is protected by reCAPTCHA and the Google Privacy Policy and Terms of Service apply.
Request to Join